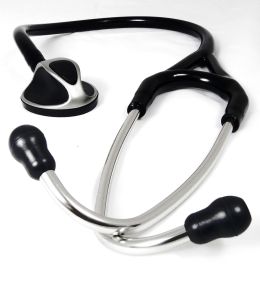 Doctor’s are highly respected in the world, in which they are worshipped in India. By the way, man is not capable of comparing him to God, but the doctor has achieved this status through his work.By the way, life is not human, but death is in the hands of God, but now God has given the right to give experience to a person by making him a doctor. We call this life donor a doctor, who gives birth to us, as well as sometimes saves us from death. In the field of medicine, doctors have progressed day by day. Today, a doctor can cure the most significant disease. With the help of the wonders of science, doctors are able to reach here today.

Celebrations are made to honour and salute the doctor’s dedication, work, loyalty, honesty, dedication. To know full information about this day and what is its history, look at this article.

Doctor’s Day in India was started in 1991 by the then Government of India. Since then every year, the first date of July is established to be recognized and celebrated as National Doctor’s Day.

This day was ensured to honour and pay tribute to the legendary doctor and other Chief Minister of West Bengal, Dr. Bidhan Chandra Roy, across India. He was born on July 1, 1882, A.D in Patna city, Bihar, and died on this day 80 years later.

He completed his medical graduation from Calcutta and obtained MRCP and FRCP degrees in London in 1911 and returned to India the same year he started his medical career as a doctor in India.

He was a noted physician and renowned educationist of the country as well as a freedom fighter because he participated in the movements made by Mahatma Gandhi, and also took care of him in his fast.

After independence, he became the leader of the Indian National Congress Party and then later became the Chief Minister of West Bengal. He was awarded the Bharat Ratna Award in February 1961. Apart from this, Dr. BC Roy National Award was instituted in 1976 to remember him.

The award was to pay him respect and tribute. Therefore, to honour and remember such a great personality, National Doctor’s Day was started.

=>July 1 is celebrated every year on this day to commemorate the birth and death anniversary of the most famous doctor of the country Dr. Bidhan Chandra Roy (Dr. B C Roy).

=>The Govt of India formally dedicated the day to be celebrated as National Doctor’s Day first time in 1991 A.D as a mark of respect to Roy, a famous physician and 2nd CM of West Bengal.

=>Bidhan Chandra Roy was a renowned educationist as well as a freedom fighter as he joined the Mahatma Gandhi during the Civil Disobedience Movement.

=>The Indian Government honoured him with the highest civilian award Bharat Ratna in 1961 for his immense contribution to the society.

=>The theme of 2019 National Doctors Day is “Zero tolerance to violence against doctors and clinical establishment”.

=>Doctors Day is celebrated on different dates world over. Some countries also observe a holiday on this day.

=>In the country of Brazil, National Doctors’ Day is celebrated as a holiday on October 18, the day when the Roman Catholic Church celebrates the anniversary of Saint Luke.

=>In the country of Cuba, National Doctors’ Day is celebrated as a holiday on December 3 to commemorate the birthday of Carlos Juan Finlay.

Although a person does not visit the doctor for the common cold and mild fever, if the condition worsens, they should not be ignored. Doctor’s need to build trust while performing their duties honestly. I hope you liked this informative Essay on National Doctor’s Day.

Self-employment Vs Job Vs Profession- What to choose

Why gym rats boast about “pump”

STRESS BUSTERS FOR A HAPPY LIFE

A SOUND BODY, A HEALTHY BODY