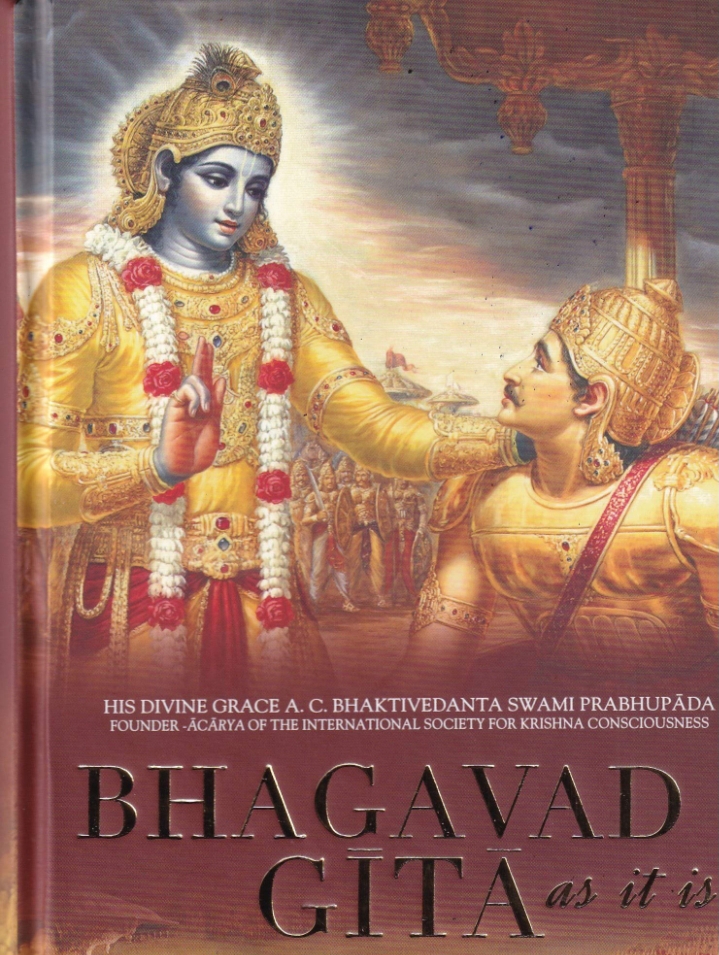 Starting from Darwin’s theory of survival of the fittest proves to be true even today, as everyone is striving to live. An individual tries to apply his consciousness to prepare plans for the future. One wants to move things as he wishes to regardless of the consequences. The never-ending desires keep adding up to the list and lead the being into the vicious cycle. While philosophy is an attempt to satisfy these reasonable desires. It is not an amenity but a necessity. In a broad sense, it means “love of knowledge “and tries to understand things that remotely concern man.

Several fields deal with different questions regarding the universe and man. The two broad branches were divided based on the belief of Vedas. Those who believed in it were termed as orthodox and the others as heterodox. Every book tried to solve the questions in their way. However, Bhagavad Gita made an effort to bring the direction towards an end of desire.

Happiness is the only key to live a happy and healthy life. However, it is disrupted by the expectations raise due to the unfulfillment of desires. When a person starts following this journey of Nishkaam karma, it does not only benefit him but also the society. And in turn the struggle becomes saral.

To whom the pleasure and pain are the same, is fit for attaining immortality.

“Rich Dad, Poor Dad” is the tale of two fathers in which one has a set of degrees and diplomas and the other is a high school drop-out. When the overqualified father dies, he will leave next to nothing behind, and even a few unpaid invoices here and there. The school drop-out father will become one of the richest men in Hawaii and will pass on his domain to his son. During his life, the qualified dad would say things like “I don’t have money to treat myself to this or that”, while the uneducated would say: “How can I treat myself?”

The rich father in this book educates two small boys some priceless lessons about money through their own knowledge. The most important one is certainly to comprehend on how to best use your mind and your time to make your own prosperity through business and investments.

Get out of the rat race. Learn how to grab opportunities, find answers, take care of your commerce and investments and significantly, learn how to make money work for you and not be its slave!

The words “poor” and “rich” are used by the author in respect to clarify what type of conduct is better in order to have economical liberty. It is not about giving judgement yourself on the present state of your finances and your richness.

Some pearls of wisdom by the author:

Some of the important lessons from Rich Dad Poor Dad

3) Mind Your Own Business!

Keep your current job but begin to think about your own business.

4)    The History of Taxes and the Power of Corporations

The initial step towards getting out of the rat race is to: understand the difference between an asset and a liability.

Here is why your main residence is NOT an asset:

If you really want to  your obtain residence, you must first make the income to finance your monthly settlements.

The Alchemist is written by Author Paulo Coelho. It is one of the best-selling books in entire history. It was first issued in 1988 in Portuguese and is now translated all over the world into many languages. The novel is a tale that follows a young Andalusian shepherd in his journey to the pyramids of Egypt, after having a frequent dream of finding a treasure there. Author wrote The Alchemist in only two weeks in 1987. He explained that he was able to write at this pace because the story was “already written in soul.”

The story is about Andalusian shepherd empowered to follow his dream. Santiago is an Andalusian shepherd boy who learns lessons through a dream of a treasure in the Egyptian pyramids. An old man, the king of Salem, the first of various spiritual guides, tells the boy that he has to discovered his destiny: “to realize one’s destiny is a person’s only real obligation.” So Santiago sells his sheep, sails to Tangier, is tricked out of his money, regains it through hard work, crosses the desert with a caravan, stops at an oasis long enough to fall in love, escapes from warring tribesmen by performing a miracle, reaches the pyramids, and finally gets both the gold and the girl. Along the way he meets an Englishman who describes the Soul of the World; the desert woman Fatima, who teaches him the Language of the World; and an alchemist who says, “Always listen to your heart” A message clings like ivy to every encounter (“concentrate always on the present, you’ll be a happy man”).

According to The New York Times, The Alchemist is “more self-help than literature.” The advice that was given to Santiago (“when you really want something to happen, the whole universe will conspire so that your wish comes true”) is the fundamental lesson of the novel’s philosophy and a motif that plays throughout it. Another interesting theme in the novel and that one can relate to is those related to the harmful consequences of fear. If people let fear control their lives, they will live miserably. Had Santiago let the fear from following his dream dominate his life, he wouldn’t have discovered the treasure and most importantly the meaning of his life.

Hardship is a important in the journey of every successful individual who followed his dream. What separates these great human beings from the rest is that they are never afraid of hardships. While a painter running from gallery to gallery requesting them to display his masterpiece is a hardship, but so is sitting on a desk in front of a screen, following orders, travelling in the same local train each day, and meeting the same or same kind of people for your entire life.

The difference is that the painter gone towards hardship, tackled it, and killed it. While the ones running away from them ultimately get caught and pinned down by it. It’s better to die fighting than being a prisoner, isn’t it? Paulo Coelho wants people to be fighters, not prisoners. And he conveys his message in a phenomenal way!

The Alchemist is a must read.

“My name is August.

This is what is written on the back of the book named ‘Wonder’ by R.J Palacio. It’s a powerful book about a simple boy, with a family going to school watching movies, playing games just like all the other kids. The only difference is how he looks.

“His eyes are about an inch below where they should be on his face, almost to halfway down his cheeks. He doesn’t have eyebrows, and the top of his eyelids are always closed. He doesn’t have cheekbones. Sometimes, people assume he’s been burnt in a fire.” – Via, Part two.

August Pullman is a ten year old buy who has certain facial anomalies since birth. He is an ordinary boy who loves playing XBox and is a die hard fan of Star Wars. He even sports a Padawan braid, inspired by the movies. But despite the 27 operations done on his face, he will never look normal. This story is a breathtaking and emotional journey of how August survives high school and faces the ups and downs during the year, owing to his face, and many people overlooking his intelligence and funny personality just because of his external features.

If you read the book, you will be hooked from the very start. It explores the different habits and pet peeves of August and how his family always cheers his up and makes him burst into fits of laughter. Initially, August was scared to go to school, afraid of how people would react. He had been homeschooled since birth and this would be a new change for him.

This book is a story about a boy who is judged at, stared at, mocked at by society. At first, I thought it would be a sad book, describing the mental and physical challenges this boy faced in every day things. But, it’s much much more than that. The book is infused with humor and kindness and it leaves you feeling inspired.

August us bullied in school by a bunch of guys, but his true friends stick to him till the end. It shows that true bonds can make all the bad go away. This story also has different point of views. One important aspect of this story was Via, August’s older sister. She has always been protective of August, and get’s angry whenever people start pointing and staring at him. But at the same time, she also feels like a child not receiving any attention from her parents because they are so busy looking after August. It shows the bittersweet relationship between sibling and despite all the fights and arguments, this bond stays stronger than ever.

This book clearly states that there are no good guys or bad guys. There are just people, and the way they are shaped. Everyone’s conscious always says the right thing, the difference is what voice they listen to. The bully in this story makes fun of August and mocks him due to his face and his braid, but this stems from his own feelings of resentment and anger. August was just a medium to get it all out. In the end, he is just a kid trying to figure out life.

I would recommend this book to all people. This book traverses all boundaries of age, gender, religion and makes us believe in humanity again. An intriguing book about loyalty and friendship, this book is will always be my favorite. Hope it creates an impact of anyone who reads it.

“You can’t blend in

when you were born to stand out” -R.J Palacio

Master of the Senses?